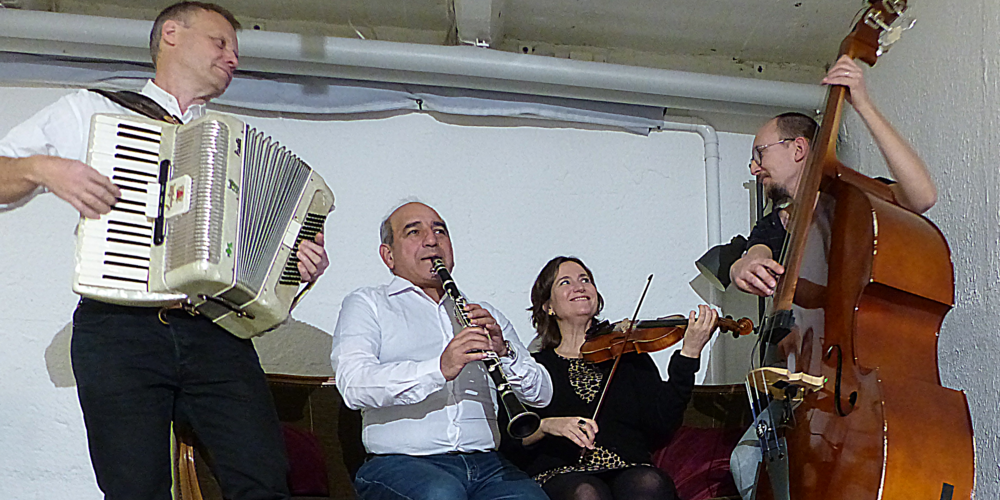 We created Basara because we believe that music unites people. Having different languages, different religions or differing political opinions doesn't hinder the ability to perform music together.

Folk music is a true expression of different cultures. Because of this, we will take you on a journey that starts in Western music and ends in the Middle East. One of the cornerstones is klezmer, which we percieve as a musical link between east and west. We hope you enjoy our music!

Basara was created in spring 2019, in Umeå. Basim, Lars and Nick met when Elisabeth Holm contacted Ruths Orkester asking if an Iraqi clarinetist could join them and play a bit of swing. It became a concert on Pilgatan. Afterwards, Basim and Lars started playing klezmer together. We met Sara Li on Swedish national day in Trahppie, and finally the band was complete when Nick joined on bass.