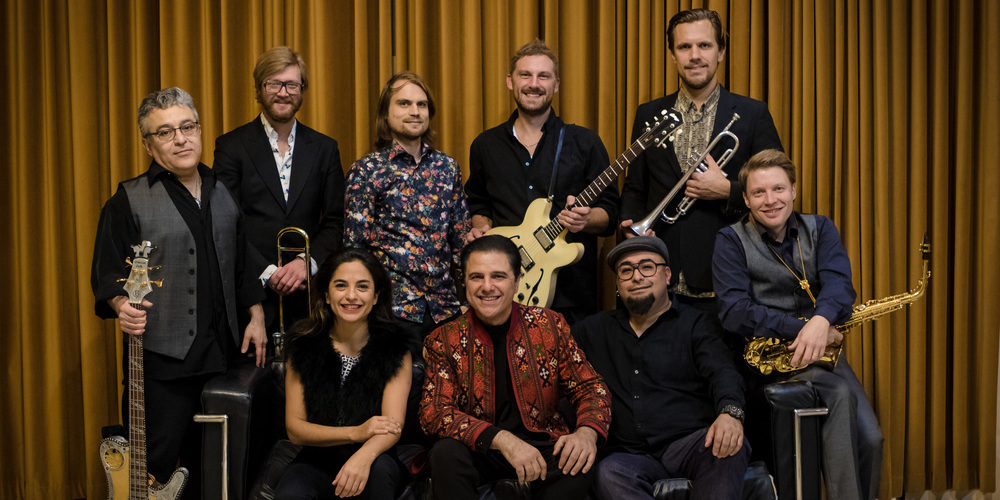 In the encounter between Baluchi, Persian, Kurdish, Afghan and Swedish music traditions, Golbang creates musical magic. Meet one of the world’s loveliest voices in groovy interplay and improvisation for peace and love. This is world-class world music!

Golbang is a world music band with an entirely unique sound. The band name is Persian for “the song of the nightingale”, and the eight members have, among others, Persian, Baluchi, Kurdish, Afghan and Swedish roots. An important part of the Golbang magic is the distinct sounds from different cultures that are present in all their songs – as well as their improvisational ability.

The band was founded in 1994. After 2000, the band was renewed with professionally trained folk musicians from Royal College of Music in Stockholm. At that time, they already started experimenting with combining Scandinavian folk melodies with African rhythms and Middle East influences.

Today, Golbang is one of the most popular world music ensembles of Scandinavia. They have four records and have performed on most of the biggest Scandinavian music stages as well as several international stages. The band has gained a lot of positive acknowledgment in media. For example, DN writes: “On the Golbang record ‘Setareh’, the seasons change seamlessly and you don’t know which one is the most beautiful. The singer Rostam Mirlashari has to have one of Sweden’s most beautiful and seductive voices.”

In many ways, Golbang is a reflection of the nine members of the group, and each song can be performed in at least eight different ways. The variety of rhythms that the band uses can transform into completely new shapes, depending on who is listening and who is interpreting.